Economics not slavery caused the War of Yankee Aggression 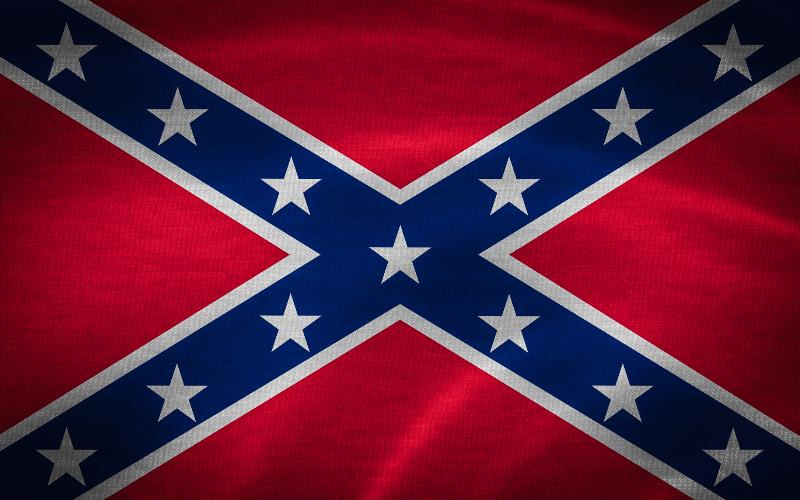 When I read Professor Thomas DiLorenzo’s article ( http://www.paulcraigroberts.org/2017/08/21/lincoln-myth-ideological-cornerstone-america-empire/ ) the question that lept to mind was, “How come the South is said to have fought for slavery when the North wasn’t fighting against slavery?”

Two days before Lincoln’s inauguration as the 16th President, Congress, consisting only of the Northern states, passed overwhelmingly on March 2, 1861, the Corwin Amendment that gave constitutional protection to slavery. Lincoln endorsed the amendment in his inaugural address, saying “I have no objection to its being made express and irrevocable.”

Quite clearly, the North was not prepared to go to war in order to end slavery when on the very eve of war the US Congress and incoming president were in the process of making it unconstitutional to abolish slavery.

If the South’s real concern was maintaining slavery, the South would not have turned down the constitutional protection of slavery offered them on a silver platter by Congress and the President. Clearly, for the South also the issue was not slavery.

The real issue between North and South could not be reconciled on the basis of accommodating slavery. The real issue was economic as DiLorenzo, Charles Beard and other historians have documented. The North offered to preserve slavery irrevocably, but the North did not offer to give up the high tariffs and economic policies that the South saw as inimical to its interests.

Blaming the war on slavery was the way the northern court historians used morality to cover up Lincoln’s naked aggression and the war crimes of his generals. Demonizing the enemy with moral language works for the victor. And it is still ongoing. We see in the destruction of statues the determination to shove remaining symbols of the Confederacy down the Memory Hole.

Virginia did not secede until April 17, 1861, two days after Lincoln called up troops for the invasion of the South.

Surely there must be some hook somewhere that the dishonest court historians can use on which to hang an explanation that the war was about slavery. It is not an easy task. Only a small minority of southerners owned slaves. Slaves were brought to the New World by Europeans as a labor force long prior to the existence of the US and the Southern states in order that the abundant land could be exploited. For the South slavery was an inherited institution that pre-dated the South. Diaries and letters of soldiers fighting for the Confederacy and those fighting for the Union provide no evidence that the soldiers were fighting for or against slavery. Princeton historian, Pulitzer Prize winner, Lincoln Prize winner, president of the American Historical Association, and member of the editorial board of Encyclopedia Britannica, James M. McPherson, in his book based on the correspondence of one thousand soldiers from both sides, What They Fought For, 1861-1865, reports that they fought for two different understandings of the Constitution.

If we look carefully we can find a phony hook in the South Carolina Declaration of Causes of Secession (December 20, 1860) as long as we ignore the reasoning of the document. Lincoln’s election caused South Carolina to secede. During his campaign for president Lincoln used rhetoric aimed at the abolitionist vote. (Abolitionists did want slavery abolished for moral reasons, though it is sometimes hard to see their morality through their hate, but they never controlled the government.)

South Carolina saw in Lincoln’s election rhetoric intent to violate the US Constitution, which was a voluntary agreement, and which recognized each state as a free and independent state. After providing a history that supported South Carolina’s position, the document says that to remove all doubt about the sovereignty of states “an amendment was added, which declared that the powers not delegated to the United States by the Constitution, nor prohibited by it to the States, are reserved to the States, respectively, or to the people.”

South Carolina saw slavery as the issue being used by the North to violate the sovereignty of states and to further centralize power in Washington. The secession document makes the case that the North, which controlled the US government, had broken the compact on which the Union rested and, therefore, had made the Union null and void. For example, South Carolina pointed to Article 4 of the US Constitution, which reads: “No person held to service or labor in one State, under the laws thereof, escaping into another, shall, in consequence of any law or regulation therein, be discharged from such service or labor, but shall be delivered up, on claim of the party to whom such service or labor may be due.” Northern states had passed laws that nullified federal laws that upheld this article of the compact. Thus, the northern states had deliberately broken the compact on which the union was formed.

The obvious implication was that every aspect of states’ rights protected by the 10th Amendment could now be violated. And as time passed they were, so South Carolina’s reading of the situation was correct.

The secession document reads as a defense of the powers of states and not as a defense of slavery. Here is the document: http://teachingamericanhistory.org/library/document/south-carolina-declaration-of-causes-of-secession/

Read it and see what you decide.

A court historian, who is determined to focus attention away from the North’s destruction of the US Constitution and the war crimes that accompanied the Constitution’s destruction, will seize on South Carolina’s use of slavery as the example of the issue the North used to subvert the Constitution. The court historian’s reasoning is that as South Carolina makes a to-do about slavery, slavery must have been the cause of the war.

As South Carolina was the first to secede, its secession document probably was the model for other states. If so, this is the avenue by which court historians, that is, those who replace real history with fake history, turn the war into a war over slavery.

Once people become brainwashed, especially if it is by propaganda that serves power, they are more or less lost forever. It is extremely difficult to bring them to truth. Just look at the pain and suffering inflicted on historian David Irving for documenting the truth about the war crimes committed by the allies against the Germans. There is no doubt that he is correct, but the truth is unacceptable.

Education has so deteriorated in the US that many people can no longer tell the difference between an explanation and an excuse or justification. In the US denunciation of an orchestrated hate object is a safer path for a writer than explanation. Truth is the casualty.

That truth is so rare everywhere in the Western World is why the West is doomed. The United States, for example, has an entire population that is completely ignorant of its own history.

As George Orwell said, the best way to destroy a people is to destroy their history.

ESPN has pulled an Asian-American named Robert Lee (Lee is a common name among Asians, for example, Bruce Lee) from announcing the University of Virginia/Wiliam & Mary footbal game in Charlottesville this Saturday because of his name.

This entry was posted in Commentary, Constitution. Bookmark the permalink.