Don’t worry about the ‘national debt’ 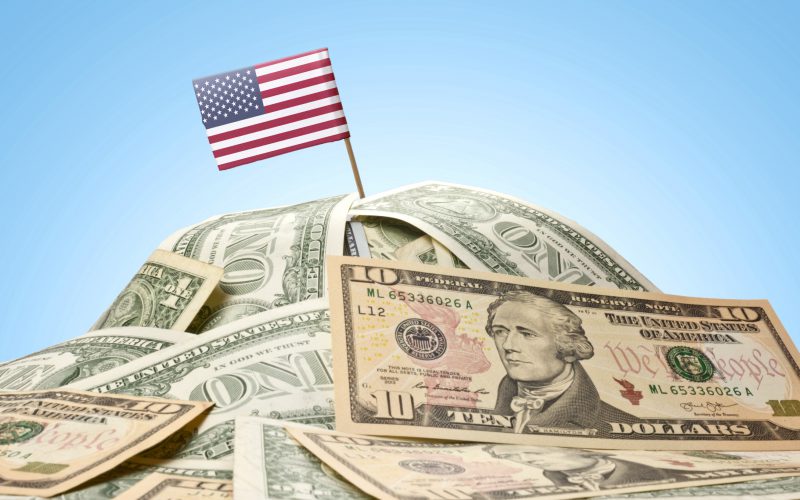 There’s been some talk on the campaign trail about the “national debt,” which the government and media tell us stands at more than $19 trillion. During the vice presidential debate last week, Mike Pence stated that the national debt has doubled under President Barack Obama.

But what does the “national debt” really mean? Would you be shocked to know that we have in America the identical monetary system that Hitler had and that Russia had and has? We also have a propaganda machine that would have made Hitler blush.

Since U.S. “money” (and the money of the whole world) is bank credit and since bank credit is created by government and commercial banks, then the “national debt” represents bank credit passed or “loaned” upon an unsuspecting public for their real assets and labor.

Translated: Modern money (bank credit) expropriates wealth. In truth then, the huge reported “national debt” is how much wealth the government has stolen from the American people — not how much the government owes.

The “national debt” propaganda covers the fraud that our real assets and real wealth are flowing to the government for exchange of government-created credit. Just try to get it back!

Proof: When the local commercial bank “loans” you money (credit) that they create with a bookkeeping entry, this transaction appears on their books as an asset (a deposit) to the bank and a liability (debt) to the borrower who pledged real assets as collateral. Yes, your debt is the bank’s asset. This same system works with the U.S. monetary system.

Fractional reserve banking is a government-approved Ponzi scheme. Banks hold only a fraction of your money in an account, and they do not have reserves on hand to cover all the debt owed them by their customers and the savings customers have deposited. In other words, all banks are bankrupt except for their ability to “create” money.

How do they do this? Based on a formula created by the Fed, a new bank can open with a small amount of invested capital, have zero net transaction accounts (no money on deposit) and immediately “lend” up to $9.3 million by simply creating new money on a computer.

So let’s say that you borrow $200,000 at 5 percent interest on a 25-year note from the bank mentioned above (the one with no money on deposit) to buy a house. You make a monthly payment of $1,169.18 to the bank in the form of your mortgage payment. By the time you have paid off your loan, you have paid the bank a total of $350,754.02. In other words, the bank has now profited to the tune of $350,000 from you on money that never existed. And should you have defaulted on your loan, not only would you have lost whatever money you had paid prior to the default, the bank would own your home outright through a repossession.

The Federal Reserve (which is neither a federal agency nor does it hold any reserves) works this way, by “lending” money to other banks, through either a mark on a ledger sheet or by computer transfer. Real money never changes hands.

Do you think that the government and the politicians want to keep this a secret? For some reason, the Federal Reserve spilled the beans in its publication “Keeping Our Money Healthy,” published by the Federal Reserve Bank of New York in which it said, “our system works only with credit.” All we have to know then is who creates credit, and how is it used?

Fact: Wealth always flows to the creators of credit. Government and banks create money (credit) for one purpose and that is to expropriate wealth. The expropriation of wealth is stealing with no payment intended.

In other words, after being robbed with credit, the “national debt” implies that we owe the amount stolen from us. An entity which creates credit out of nothing and “pays” it for real assets and production is not assuming a debt by any definition. It is stealing and calling the theft debt. The creation and control of all credit in the hands of a central bank (government) is the fifth plank of the Communist Manifesto. Look honestly at the American monetary system and you are looking tyranny and slavery in the face.

In a booklet entitled “The National Debt,” published by the Philadelphia Federal Reserve Bank, we get this quote:

“The Federal Reserve, in cooperation with the Federal Government, has the inherent power to create money (credit) — almost any amount of it. This power makes bankruptcy out of the question.”

You have heard of vested interest. Well, this national debt propaganda is U.S. government vested interest. This is a mind-twisting myth covered by hard propaganda that nobody will even question. The reason that this is so is simply the existence of widespread ignorance of the nature of modern money (bank credit) and just how bank credit or government credit transfers real resources to the banks and the Federal Government without payment of any kind. Can you guess why nobody wants you to understand that modern money is bank credit that is created out of nothing and “loaned” or “paid” into circulation in exchange for real resources? This is why we say that modern money expropriates wealth.

Think now for a moment. The reported “national debt” has gone into the stratosphere with and since the massive creation of credit. The “national debt” drama did not blast off until all gold and silver as money were removed from circulation by government force. The federal government, with credit money, has in this generation replaced hard currency and hard money with hard propaganda. Under this mirage, they have stolen the wealth and production of the American people and impoverished them. They have stolen the national wealth and there is only one big pool left to steal. The “trillions” in pension funds Americans now hold.

Under pretense and charade from the politicians there is a great threat hanging over this reservoir of credit in private hands. Everybody who has savings or a pension fund needs to understand that nobody owns and controls credit but the federal government — an immoral federal government. If you think that you own your “money,” you need to take a sober moment and try to understand our bank credit money system. Every “penny” that we have left is at risk.

The good news is that it can be reversed if only we will stop believing government propaganda and its army of puppeteers about the “national debt.” The mystique about bank credit (money) fades once we look at the facts and revelations published by none other than the Federal Reserve bank itself.

There is a small cadre of hard core monetary realists in America who have discovered and uncovered the monolithic fraud and deception of theft with bank credit. But this deception is enshrouded with all the force of the system and there will be few who will inquire. It is only our lives, our substance, and posterity at stake.

Every thought that we have. every financial decision that we make, every plan that we have for our future and our children’s future depends on our information, based on facts and reality, not “conventional wisdom.”

Moral decay, economic crisis, and all wars are created with bank credit. Needless to say, the hour is late, but not too late if only we are willing. The truth can be known.

(These books are no longer in print. The Federal Reserve publications can be found online. Merrill Jenkins’ book can sometimes be found on Amazon. You can learn more about the confidence game that is fiat money from Merrill Jenkins’ own words in this special set we are making available to you.  –BL)

What is money and from where does it come?

The insidious hidden nature of theft by government

The fraud of federal debt and income taxes

How banks and the government rob you blind